An event every week that begins at 2:00 pm on Wednesday, Thursday, Friday and Saturday, repeating until April 16, 2022 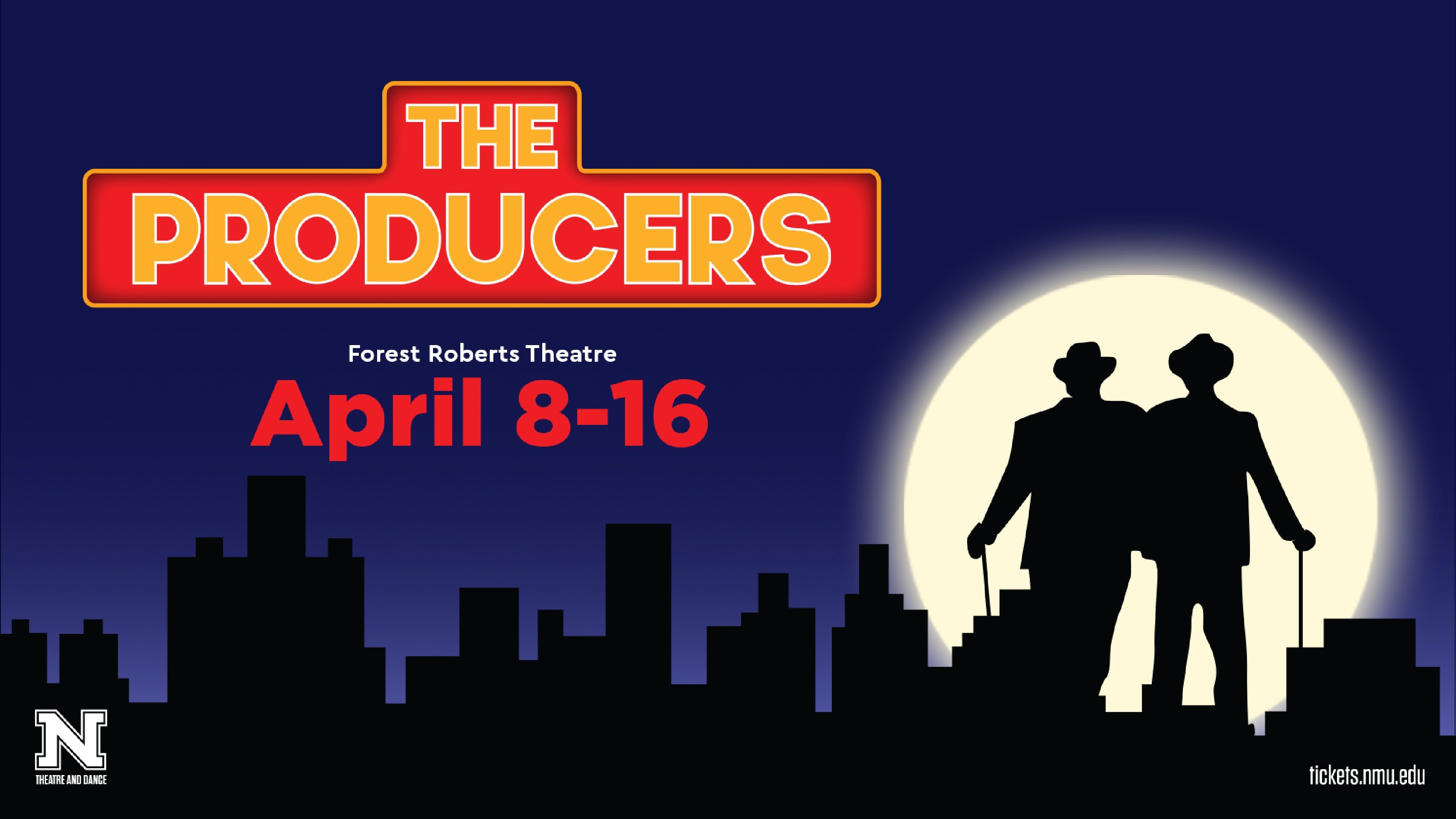 A Fan-Favorite Musical Spectacular
I wanna be a producer! This smash hit is set to take the Forest Roberts Theatre stage by storm in the spring of 2022. Theatre producer Max Bialystock used to be the “King of Broadway,” but is disgraced after his newest show closes on its opening night. When his mousy accountant, Leo Bloom, discovers that a producer could theoretically make more on a flop than a hit, the two hatch a plan to produce the biggest flop in history. Winner of 12 Tony Awards and record holder for the most Tony wins ever, this hilarious show is one you won’t want to miss!

NOTE: This show is rated PG-13 and contains gunshots and some adult language/themes that may not be suitable for younger audience members.

Tickets are $17 for General Public, $12 for NMU Faculty/Staff, Seniors, and Military, $10 for Students, and $5 for NMU Students.